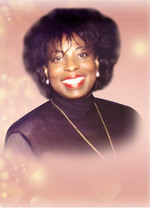 Eve L. Salazar was conceived to the parents of Maillard and Doretha
Salazar on April 7 1955, in Chicago, IL Eve was a faithful and
dedicated Christian, who finally met with the Lord on Tuesday of
March 24, 2020. Her final days were spent in RML Specialty Hospital,
fighting a courageous battle against multiple health issues.
Eve was raised in a close knit family, on the west side of Chicago with
two siblings Fred and Rudy, along with other extended family and
friends. She started her educational and professional journey in the
1970's. She attended University of Illinois at Chicago, where she was a
biology major.
During the early 1970's Eve also became a wife, as well as conceived
her first and only child. She enjoyed the honor of spousal and mother-
hood; however she continued to pursue her professional goals and
aspirations. She had a long and varied professional career, but the
majority of her career was spent working for the City of Chicago. She
spent her time at the city as the Supervisor of Electronic Security and
Communications and Emergency Management. After retiring from the
city, Eve became secretary at Carey Tercentenary AME Church, while
also being a long standing board member at Sinai Access Health
Network.
Eve L. Salazar always enjoyed a good laugh, a good time, and good
music with family and friends. She was always looking to land a good
punch line joke. Her openness and fellowship was one of the brightest
aspects of her personality.
She is survived by: Doretha and Rudy Salazar; Quentin and Chance
Atkins; Lavetta and Eric Scott; Darius Salazar and Shawn Armour.
Within this circle of family and friends, she will live on forever casting
glorious memories of good times