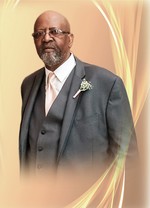 Robert James Ruggs was born in Mobile, AL on April 19, 1949 to
Charlie Pouncy Sr. and Ola Mae Ruggs (preceded him in death).
Robert graduated from Mattie T Blount High School in 1967. He
went on to serve for 4 years before being honorably discharged.
After the army he relocated to Chicago, IL where he worked for
Ball Corporation for 23 years before retiring. Robert was very
social and loved spending time with family and friends, you could
guarantee if you invited him to any event, he would be the first to
be there. Everyone who knew him loved him and he could make
everyone around him laugh. He loved sports and his Alabama
Crimson Tide football.
Robert departed this life October 20, 2020. He is preceded in
death by: his parents, Charlie Pouncy Sr. and Ola Mae Ruggs; his
sisters, Linda Sue Pouncy, Shirley Ann Johnson, and Louise Pouncy;
as well as his brother, Albert Henry Ruggs.
Robert leaves to cherish his legacy: Daughters, Reniece Ruggs and
Raven (Corey) Clanton; son, Robert (Fanita) Ruggs; grandchildren,
Jasir Maloh Ruggs and Corey Caleb Clanton; sisters, Ollie Mae
Ruggs-Gable, Eartha Ruggs, Eyvonne Brazelton, Janet
Blount, Barbara Sue Pouncy, Stephanie Pouncy, Andrea Pouncy,
Marie (Willie) Green; brothers, Arthur (Renee) Ruggs, Timothy
Ruggs, Michael Pouncy, Ricky Pouncy and Charlie Pouncy Jr.;
special friends for over 30 years, Bernita Ruggs, Carolyn Moore,
Ora Williamson, Cynthia Phills and Bessie Bryant; as well as a host
of other family and friends who he loved dearly.
This is a time where I cannot name everyone but none of you
are forgotten. I take you with me in my heart.
Musical Prelude .............................................................................